Ask the Etiquette Masters: Addressing to Gay and Lesbian Couples 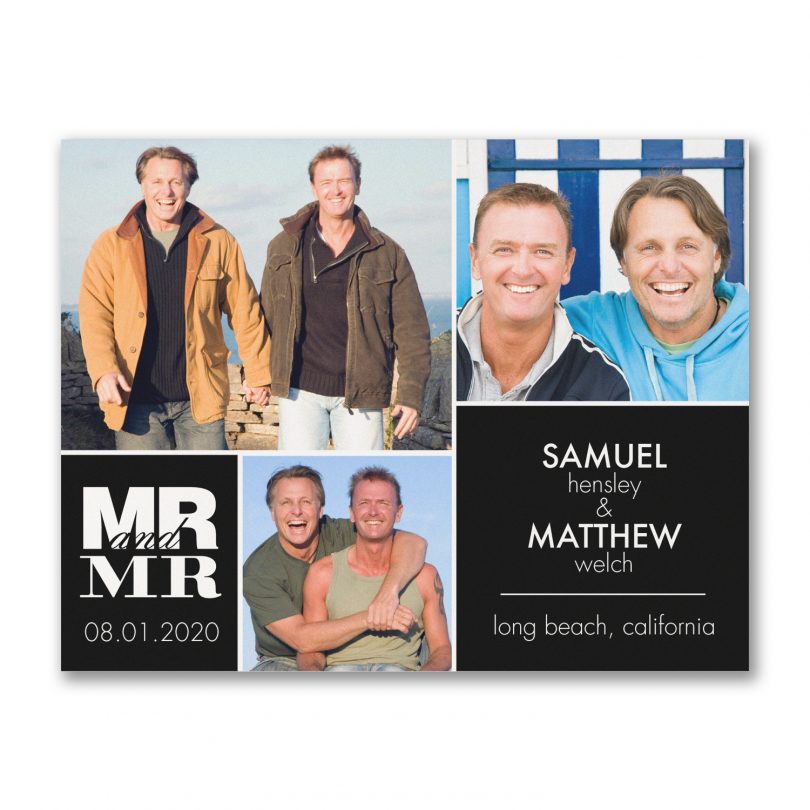 Q. How do I address my wedding invitation to a gay or lesbian couple?

A. There are a few ways to address your wedding invitation to a gay or lesbian couple, and it depends on the formality of your invitation. 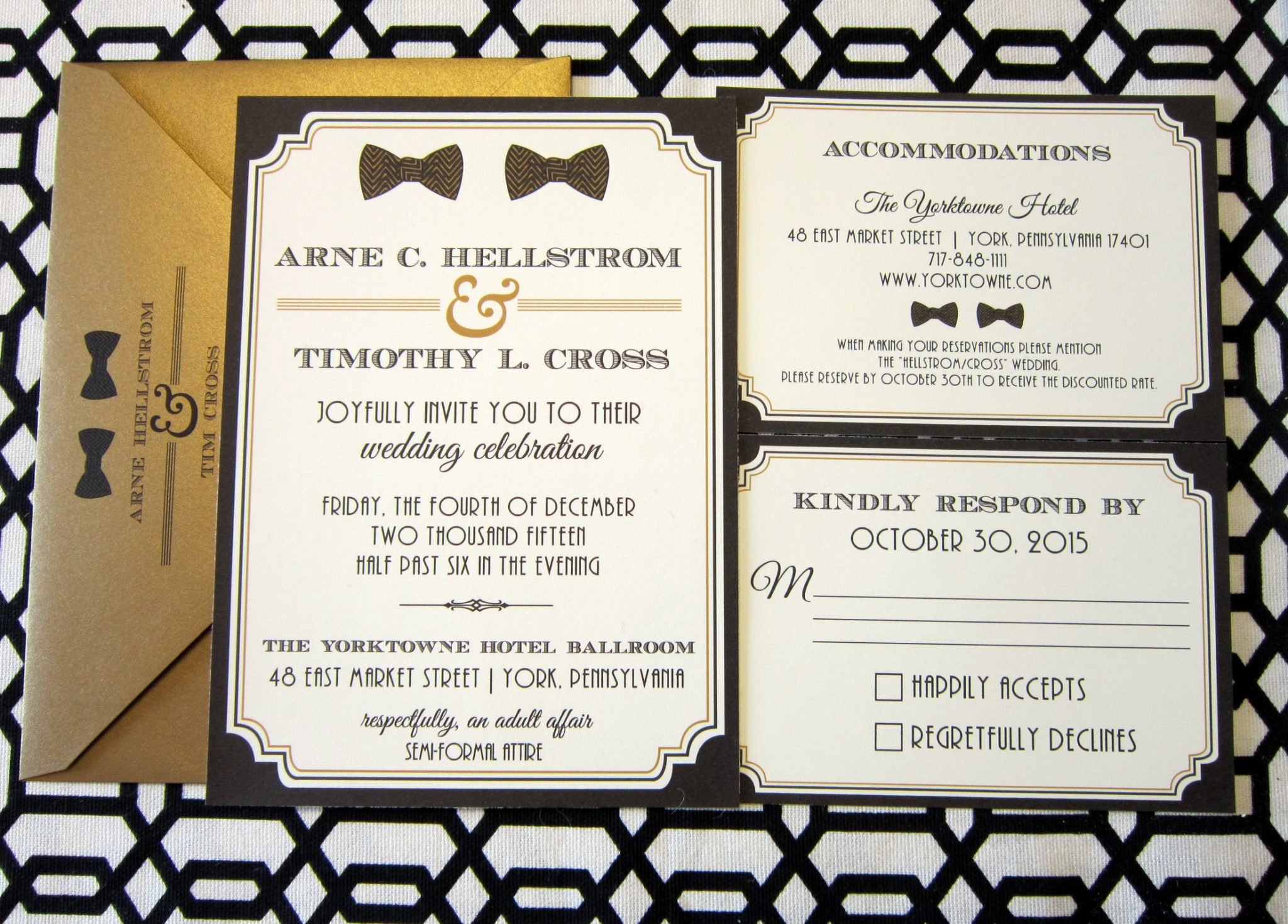 If the couple is unmarried but living together, you would address the outer envelope as you would traditionally: one name per line in alphabetical order by last name.

The inner envelope would look very similar with each title and last name on a separate line: 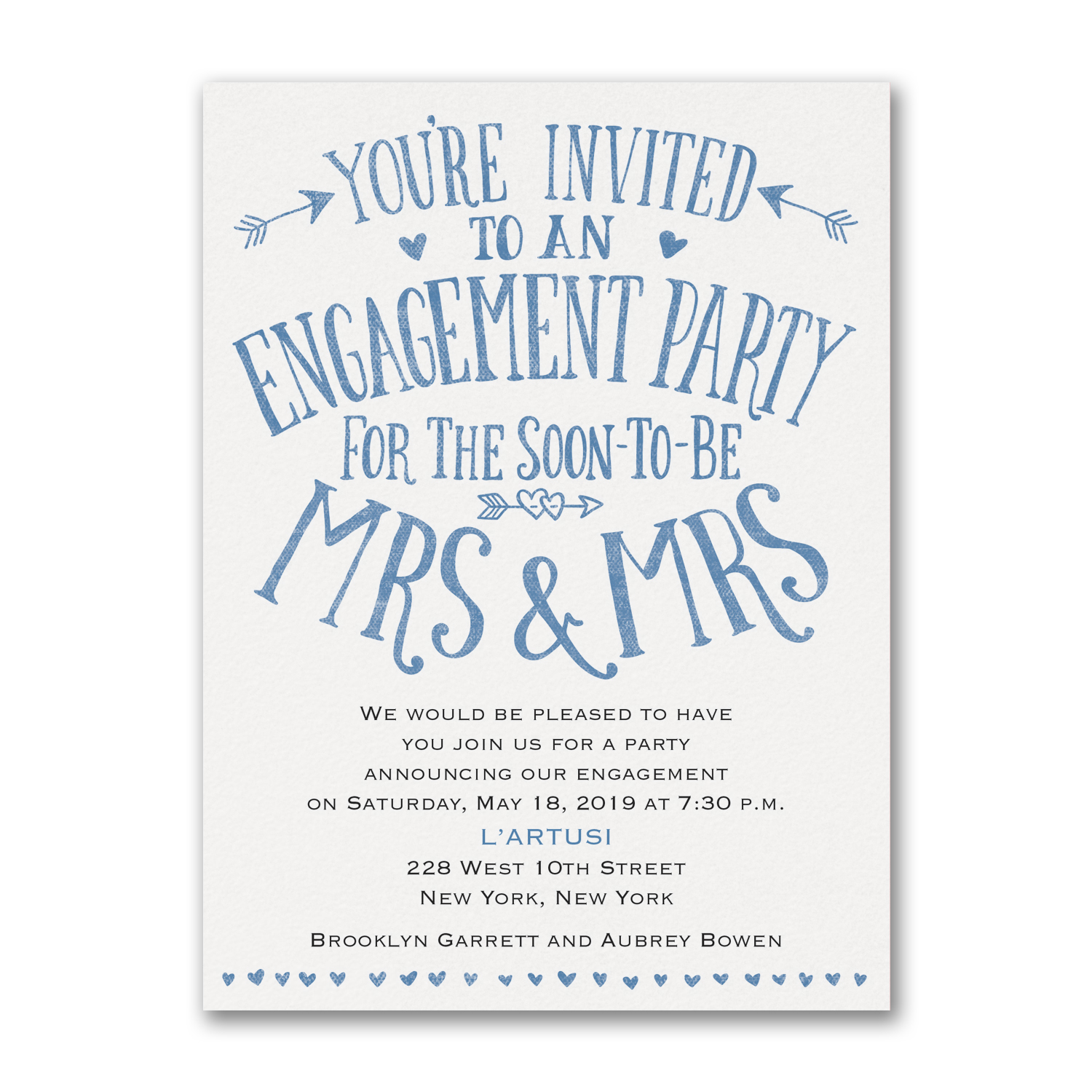 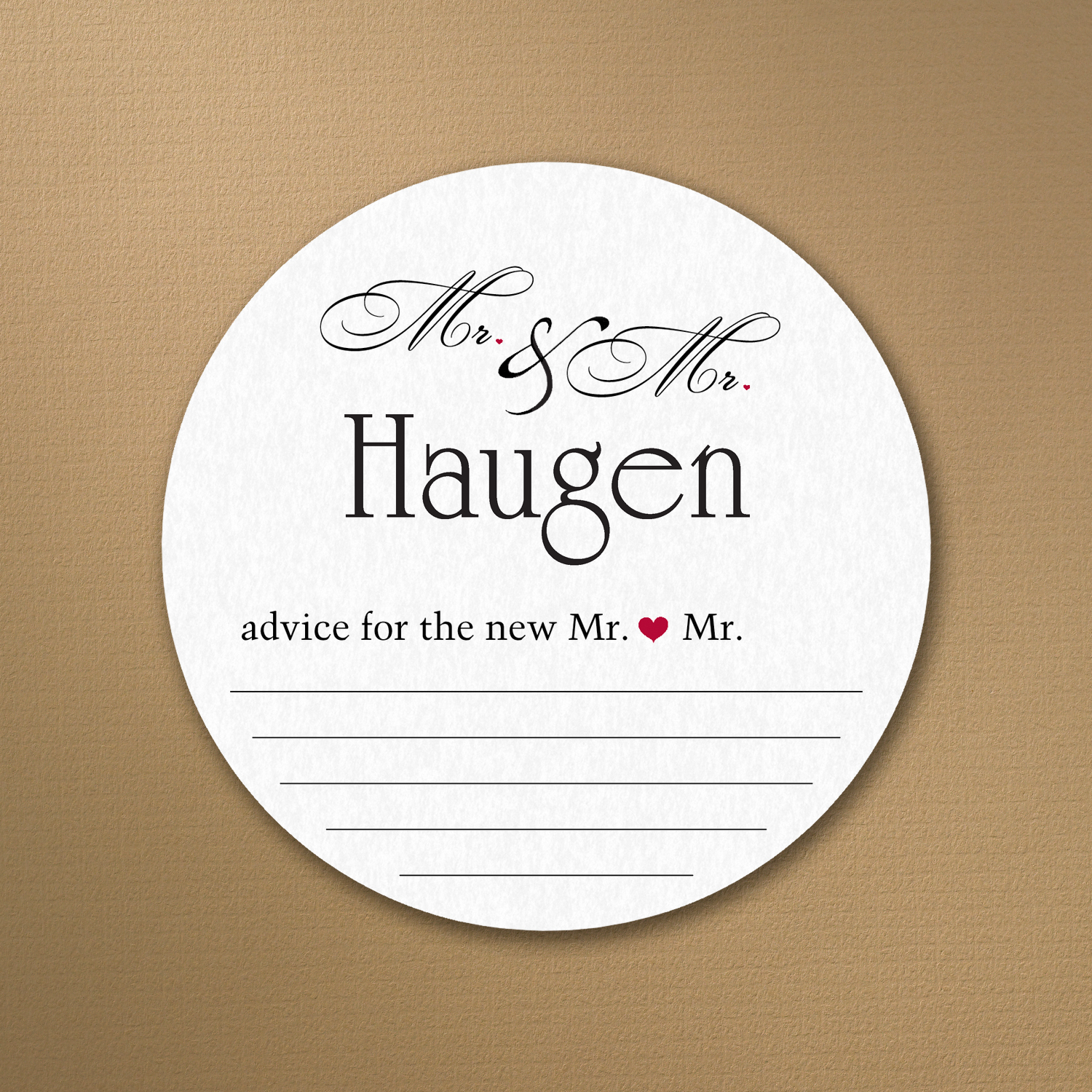 Depending on the length of the last names and the size of your envelope, it is acceptable to split the names onto 2 lines with “and” on the top line, indicating marriage:

The inner envelope should have both names on one line:

Need help addressing your stationery set? Let Persnickety help with our envelope addressing services. We comb through each address and help you format each one to match the formality of your event. You can even schedule your appointment online- just click here!